Why is there a picture of peaches and flowers on this stormy day? Because Debbie Wiecha (from Niagara Lavender Farm) just called, a sure sign that summer will return! I can almost conjure up the aroma of her peaches drifting through the park….Debbie is happy to report that the lavender (which she grows for pest management, not just beauty) looks ‘so far, so good’, and that her annual Pro-Cert inspection for Organic Certification went very well. It’s not only paperwork! Many farmers report on useful learning that comes along with the careful methods and record-keeping required for certification.

I was also happy to hear from Mark Skinner, formerly of Greenfields and Everdale, now working on his own farm up near Meaford. As you may know, the provincial government just announced that fruit wine and cider sales are now allowed at farmers’ markets, as an extension of the VQA wine program which has been in place for the past two years. Mark has requested a spot at the market for 2017, when he expects to have the first cider from his own presses. Something to look forward to!

Kyle Warren, Mark’s successor at Everdale writes, “Everdale has lots of spinach this week! Our spinach is grown in unheated hoop houses throughout the winter months. The plants do freeze solid when it’s cold enough, but thaw out gradually as the hoop house warms up during the daylight hours. These stressful conditions cause the spinach plants to produce a larger amount of sugars than normal summer production and result in the sweetest spinach of the year! Planted in late September and just now starting to really grow again, it’s definitely worth the wait for these amazing winter greens.” 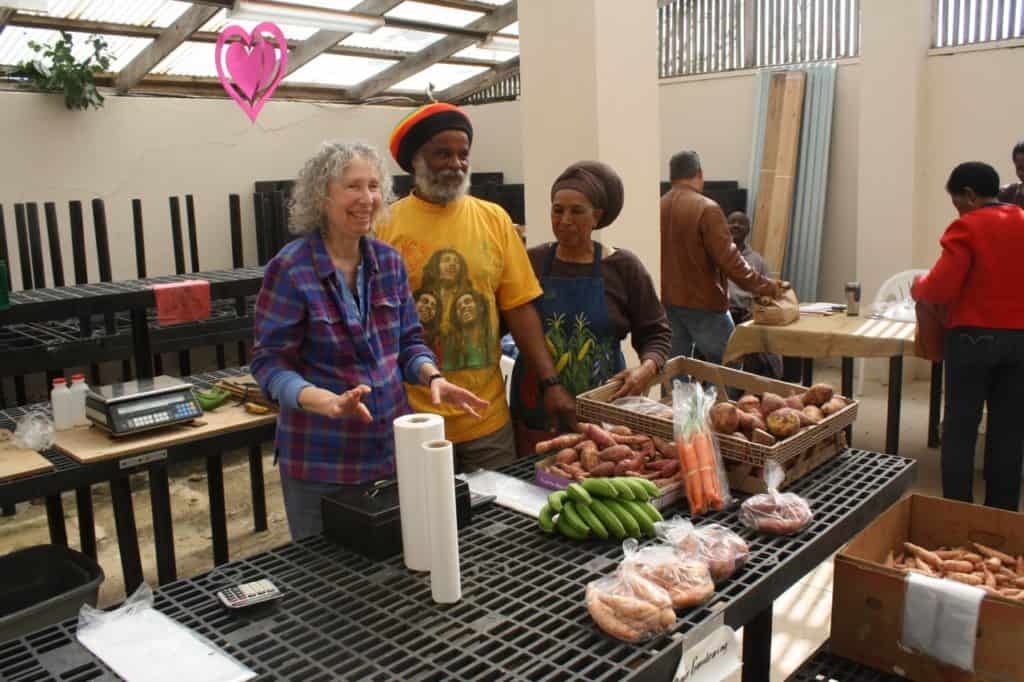 Market friend Ellen Manney buys most of her groceries at Dufferin, so it’s not surprising that when she took a trip to Bermuda, she went straight to the farmers’ market.
“It was the end of the market, and Gabriel and Debra sold everything organic that they had, and it filled the tables: carrots, beets, chard, several kinds of yams, red skinned potatoes, bananas, etc. grown on about 5 acres on different parts of the island…all rented land….” Ellen had such a good time that she came back hoping we can build a friendly connection between our market and theirs. Nice idea!

It looks like CUPE Local 79 (which our bakers and other park recreation staff belong to) could be on ‘work to rule’ for a while, but the market can go ahead, and there will be bread. We hope the weather won’t keep you away. After all, you gotta take a few stormy days along with the peachy ones.