The evidence that spring is unstoppable is mounting: first robin of the year spotted on Monday, witch hazel in bloom at Havelock & Dewson Streets, sap running in the bush, and giant goose eggs on Marvellous Edibles’ table! 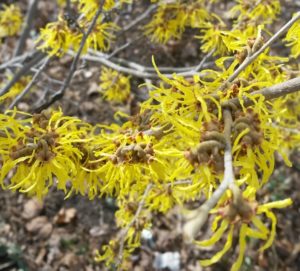 We’re not quite there yet, though, and this stretch has to be the least predictable part of the market year. One Thursday we’re singing in the sunshine and vendors are itching to set up outdoors, the next we’re squeezing everybody in out of the wind and snow. There’s a steady stream of notes going back and forth about who can come and who can’t, for a wide variety of reasons. Time for an update for those of you missing some of your favourite farmers:

Shared Harvest (Kevin and Sandra) and Ted Thorpe are out of storage crops and will return when they have enough new ones to fill their tables again. The same goes for the return of our outdoor-season growers; they’re working hard to beat the clock and bring us the earliest harvests possible.

All Sorts Acre (Jennifer Osborn) had hoped to attend a lot this winter, but these days she’s staying close to her flock, milking a ewe who lost her lamb and bottle feeding others 4 times a day, as well as assisting with many births. She says that now it looks like she will return once the grazing season begins.

No lucky break for Sean from Lovell Springs Trout. He’s just getting over a wrist injury caused by too much filletting, and now he’s got 70-80 km/h winds and a foot & a half of snow to deal with. No trout harvesting in this week’s weather!

There’s good news too, though. We thought this would be Everdale’s last visit for a while, but this message came in from Kyle:
“Our greens appear to be holding up well so it’s looking like we should be able to come to market on March 30 as well. We’ve been busy starting the bulk of our early seeding for 2017, battling cutworms on romaine we hoped to be harvesting in early May and re-skinning tunnels in the middle of windstorms to save spinach before this cold front moved in. This time of year produces the sweetest tasting spinach, so get it while we have it. There’s also salad mix, leeks, yellow onions, dry beans, parsnip, rutabaga, celeriac, watermelon radish, and rainbow beets and carrots!”

Monforte Dairy’s special offer in celebration of Canada’s 150th continues: $100 gets you $150 in cheese bucks (to spend at any of the markets they attend or at their shop on Jefferson) AND and invitation to their farm party on July 2nd. Speaking from experience, even if the investment just got you the party invitation it would be worthwhile.
See you at the market!
Anne Freeman

We Are Water – A Night in Support of Indigenous Land Defenders
In light of recent & ongoing events at Standing Rock, here, & everywhere, we’re gathering share some great art + music, and to party for a cause.
Where & When: Thurs. March 23rd, @ The Steady (1051 Bloor St. near Havelock)
Doors: 8pm, 19+
Entrance: $10 or pay what you choose (less… or more!)
Facebook Event Page: http://bit.ly/2n274Qd

100% of profits will go to supporting Indigenous land & water defenders involved in ongoing pipeline resistance efforts. This includes support for the Standing Rock Sioux Tribe in their ongoing legal actions to halt the Dakota Access pipeline; as well as support for the Pull Together collective, working to halt the recently green-lit Kinder Morgan Trans Mountain & Enbridge Line 3 pipelines in B.C. 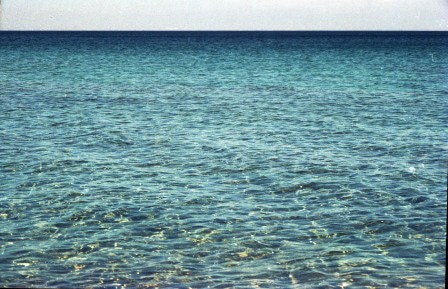 And the following day:

Background: In 2015, the Truth and Reconciliation Commission (TRC) of Canada published a long report on the residential schools that children of Indigenous ancestry were forced to attend in the beginning of the 20th century and sometimes even until the 1990s. The schools were meant to westernize the mind and body of the children and they were often extremely traumatic while politically justified. The Commission interviewed survivors of these schools, wrote their history and also composed a series of 94 recommendations for us so that we start to work towards an equal relationship between Indigenous and non-Indigenous Peoples.

Our Action: we are calling for 8 community members who would like to join a group of 10 of us to read from the TRC report. We will read out loud, each for about 10 minutes and the readings will be live-streamed on an internet radio and recorded for later playback. Our focus will be to learn and feel what happened in the past, nothing else. Everybody is invited to read or to sit with us to witness the readings. This action is part of a larger project entitled 2894. It is about Truth, before (Re)Conciliation.

The internet radio where the readings are broadcast: http://claudewittmann.ca/stream/2894.html

To sign-up to read: please rsvp asap to 2894.claude@gmail.com and choose if you would like to read between noon-1pm or 1-2pm (the 11am – noon slot is full). Your rsvp will be used to create a reading schedule that will be sent to you a few days before the reading.