Skip to content
Hello Market Friends:
Last Thursday, Jenny and Lea called me over to see the grasshopper who’d hitched a ride in on Knuckle Down Farm’s leeks. I told them about the visitors from Uganda and Tanzania we’d had at our house recently, who said that locusts (plumper cousins of this grasshopper) are such a popular seasonal snack in those countries that it’s lucrative to set up large lights to attract and capture them at night. 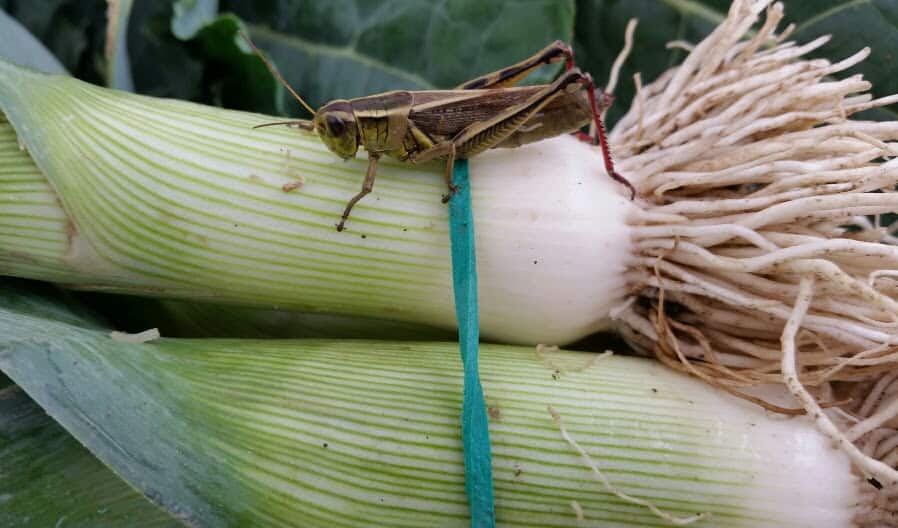 A short while later, high winds blew in at Dufferin Grove, and for a few wild moments, it looked as if we had a locust swarm of our own!  Were they flying in because of the hockey lights? Could this be a new product opportunity? When sanity returned, we realized it was actually thousands of maple keys swirling up into the sky ahead of the rain.Our long run of perfect Thursdays had to end sometime, and it ended with a flourish. This week looks better! In any case, since our farmers and vendors still have a wonderful selection on offer, and you still have to eat, we hope you won’t let weather forecasts determine where your food comes from. Thursdays 3 to 7, Dufferin Grove is the place to be!

Their many fans will be glad to hear that  Akiwenzies’ Fish will be back, with frozen and smoked fish.

Urban Harvest is away this week and following one, and Ying Ying Soy will also be absent. 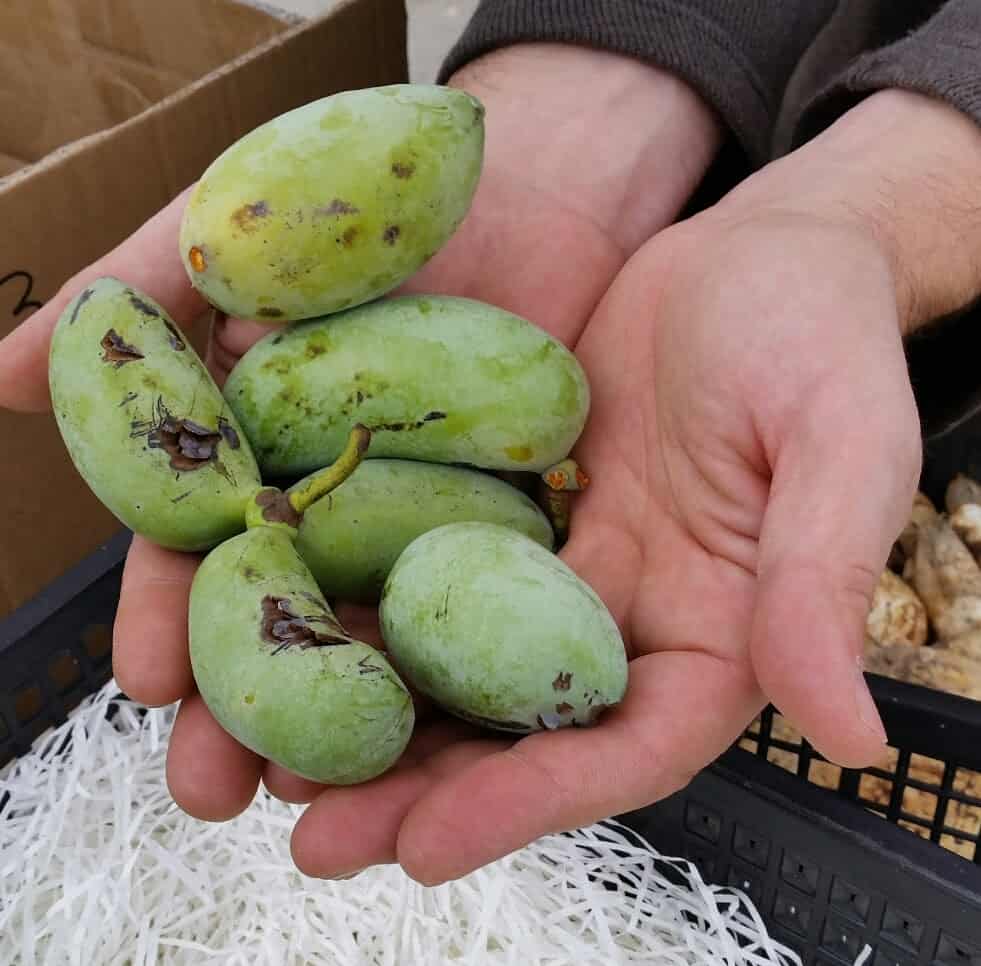 Jonathan Forbes writes, “We will have a good selection of wild mushrooms, including chanterelles. We are also expecting to have this years new crop of heartnuts, paw paws [shown above] and persimmons.”

‘Last chance for vegan bbq and ice cream this Thursday! Brixton Grill has Korean BBQ Seitan and more delicious Apple fritters amongst other things. Thanks for a great summer, don’t forget to keep up to date with our winter whereabouts at www.facebook.com/brixtongrill ‘

Neighbours Liz Martin and Wayne Ellwood have a farm up the Bruce Peninsula with an orchard that has gone a little wild. They’re making plans to collaborate with Mark Skinner (formerly of Everdale) to rehabilitate some of the trees. Liz and Wayne will be at the market with Spy apples (great for cooking),  plus a mystery variety they’d like to identify.

On the vegetable front, we’ll have every variety of greens, roots, and squash that your heart could desire, as well as other delights such as hot peppers, ground cherries, fresh herbs, and more.

See you at the market!
Anne Freeman
P.S. Toronto’s environmental film festival, Planet in Focus, is on now through October 25th. This year’s festival lineup includes interesting-looking films about organic and biodynamic farms, community gardening, and Chef Michael Stadtlander’s GMO-awareness project, among others.

We’re open from 3 to 7 every Thursday, rain or shine, all year long!