We’re going to have a bountiful, sunny Thanksgiving market ON THE RINK!

I’d like to begin by expressing gratitude in acknowledging that the land where we gather is the home of many Indigenous people, and the traditional territory of the Wendat, the Anishnaabeg, Haudenosaunee, Métis, and the Mississaugas of the New Credit First Nation.

I’d also like to thank organic farmers everywhere for choosing to farm in ways that respect and protect land, water, and living creatures. 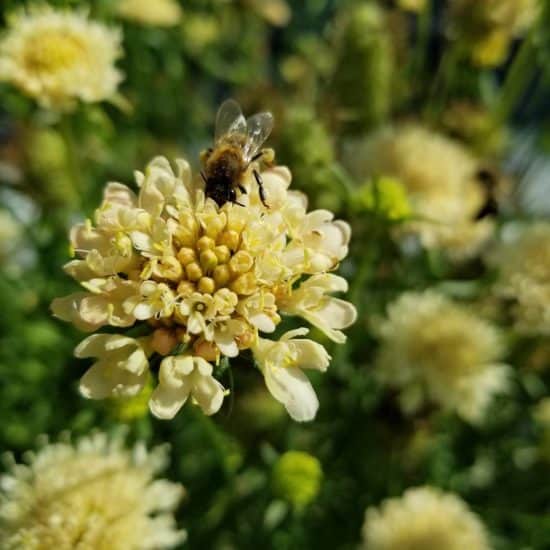 There’s a lot to fit into the news!

Although some farms have had frost, the growing season isn’t winding down yet! At Ted Thorpe’s, there are enough ‘timelines’ of various cool-weather crops such as tatsoi, arugula, kale, spinach and mustard greens to keep us well-supplied for the coming months. (That’s Ted’s field in the photo up top.)

On the way to market last Thursday, Mark Skinner‘s truck broke down on the 410, so the fresh Macintosh apples and Windswept Cider we were so looking forward to didn’t arrive. The truck is back on the road, and he’s coming down again. Here’s hoping it’s a nice easy trip.

DeFloured is baking up a whole lot of delicious gluten-free options for Thanksgiving. All special orders should be in by 7 PM Wednesday, but they are bringing lots of pumpkin and other assorted treats, and all the regular fare will be there as well. Click here to see the full list of sweet and savoury options, and to order, call Krista at 416-828-4169.

Chanterelles are in the forecast for Forbes Wild Foods. I’m thinking about putting some into market stuffing along with park bread, wild rice, celery, onions, plenty of herbs, and a few dried chestnuts.

Fresh-shucked oysters this week! Jason Kun of Island Oysters will have a beautiful selection.

Denis and Yuliya at Cock-A-Doodle-Doo are so busy at the bakery this week that they’re unable to attend. We’ll see them in two weeks.

I’m sure many of you have seen the recent CBC programs about deceptive resellers at farmers’ markets. If you haven’t, here are links:
www.cbc.ca/marketplace/
www.cbc.ca/beta/news/business/farmers-markets-lies-marketplace-1.4306231

The bad apple vendors caught on camera and others like them need to be tossed out of the barrel, but they remain a stubborn blight on some markets.  In case you’re wondering, none of the footage was shot at Dufferin Grove! We make a point of really getting to know our farmers, and only people directly involved in making or growing the majority of what they sell are eligible to be vendors at the market. That applies to prepared food vendors as well. As a year-round, organic-focused market, we do allow farmers to bring in some items that are not their own, but two key requirements are transparency (i.e. willingness to share full information about product and ingredient sources and production methods) and ‘grower-priority’, which means that if someone has a home-grown product for sale, a farmer who has brought the same item from a neighbour or other source cannot put it on the table until the grower has sold out or given a go-ahead.

You are welcome–and encouraged–to ask questions, and we thank you for supporting real farmers.
See you at the market!
Anne Freeman 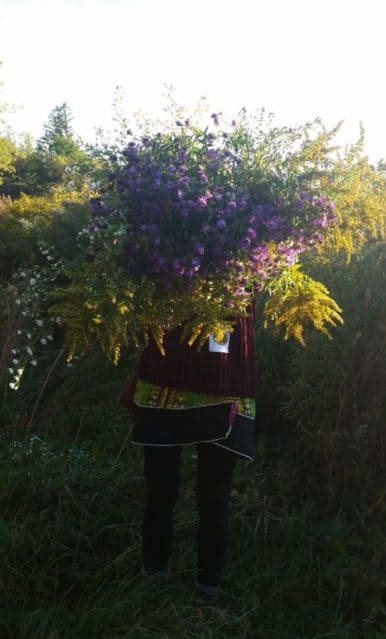 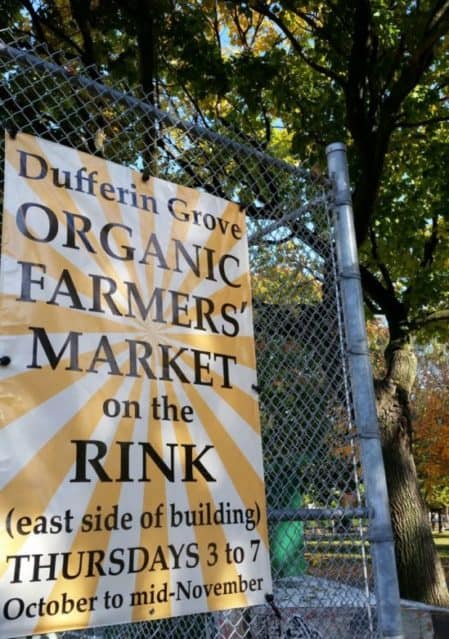