Last week it was such a pleasure to see Toni Corrado buying provisions at the market for her new kitchen.  If you haven’t met Toni, she comes to the market a lot, often with sidewalk chalk to share with kids, and always with a friendly greeting. Toni  spent late summer and fall living in the park after giving up on Toronto’s terribly overburdened shelter system, but finally has a place to call home, something no one should have to be without in this country.

The rink is flooded in preparation to open for skating in a matter of days, and we have just four more markets in 2019. Early notice that our first market of 2020 will be January 9th, so the vendors don’t have to spend New Year’s Day getting ready.  This week and throughout December, there will be lots of extra treats at the market, including some crafts made by the vendors and their helpers on the 19th. 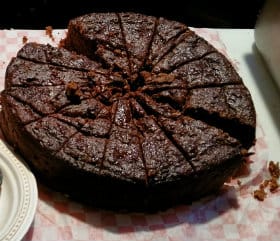 Speaking of treats, there will be double extra deliciousness at Ali Harris’s table to add to his usual tasty fare: Conkey AND Bajan Fruit Cake, a once a year trip to flavour heaven! 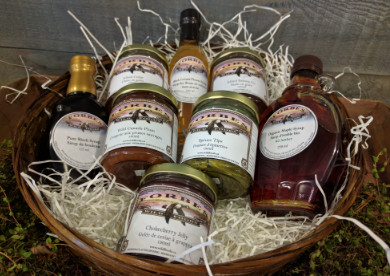 Forbes Wild Foods is making gift baskets to order to thrill the wild at heart. Ask Seth for details.

This is the week to get your favourite foods from All Sorts Acre, Spade & Spoon, First Fish, ChocoSol, and Urban Harvest, i.e. the vendors who won’t be at next week’s market, as well as our weekly regulars. There will be lots of great greens and vegetables, too.
See you at the market!
Anne Freeman